So, at about 3:30 pm yesterday I had visions of writing a LIFE LINK BLOG post about bowling my second “clean” game [a game with all strikes and/or spares] or even a new high score with my dynamic bowler that attaches to my wheelchair [see video for it in action]. However, as you can see from the score sheet neither one materialized. So what’s the story?

Well, the real story is frame number 5 with the small number 7 circled. You see just before that frame, I had made 4 spares in a row. I was focused, feeling good and thinking this could be my second “clean” game or even my first 200 game.  However, as I’m about to line-up for the 5th frame throw, Leanne says there is a young man in a wheelchair who has been watching and wants to talk to me. “Right now?” were the first words out of my mouth [actually the word “REALLY?” was going through my mind]. I almost told Leanne to tell him to wait. Fortunately, I did not do that but instead I took a few minutes to talk with him about my bowler and the way it works. Unfortunately, I still had it in my mind that this had ruined my concentration and in turn let my bad attitude replace my focus on bowling. What happened? I threw a 4, 7, 10 split. Not only a split but one of the tougher ones to convert. 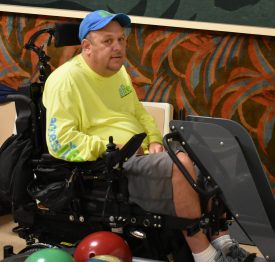 At this point, some of you may be saying “yeah, you never should have gotten out of your groove to talk to the kid”. Others may be saying “you did the right thing: people are first”.

So what happened next, made things real interesting as well as made me think.  I MADE THE SPLIT! One of the harder shots in bowling that I had never done before, I did. Wow, was I excited. I made the split and my streak stayed alive. :)

Now you are probably saying but you did not finish with a clean game or new high score so what’s the point. The point is this: at the moment I made the difficult split, [especially for someone using a dynamic bowler that cannot even get a ball speed above 7 mph], I felt like God was saying: “I got your back”.

You see when we do the right thing sometimes it may appear to cost us but this is actually never true in God’s economy of blessings. You see God promises when we seek Him and His Kingdom all we need will be added to us and that blessing follow obedience. Now I’m not trying to say this principle means we can all be 300 bowlers but I am saying some pretty cool things happen when you follow God. 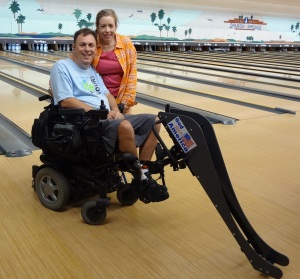 No, I did not bowl my second “clean” game or break my personal best score but I did do something amazing that I never had done before all the while honoring God by valuing people before things.